Riley came home with what I think is her first big school project. She was supposed to make a simple instrument with 4 different sounds, neat, and with no broken parts. She had to make a flow map of the steps she used. Then she had to write at least a 5 sentence paragraph with an opening sentence, body sentences, and a closing sentence. The instrument was 60% of the grade, but the others added up to 40%.

Riley was so excited about the project that she started working on it the second she got home. She made a guitar from a cereal box. All on her own. I was so proud of her initiative. However, it did not make 4 different sounds, the cereal box was bending, and she didn't paint it (only decorated with a few stickers). I discussed these issues with her, but told her how proud I was for her excitement and attempt. I explained that with most projects first attempts usually do not come out and that's ok. The only ideas she could come up with were ones they showed her at school. I told her that there is a big BIG world out there and we needed to explore our options. That took some convincing, but finally…

Denis searched online and came up with the idea of making a xylophone. Riley went for it! We didn't want to cross that line of assisting her and doing it for her, so Denis made sure she did it. She measured, cut wood, marked spots for drilling, drilled the holes, nailed the nails, sanded, painted, put it together, and played! Of course all with assistance from us. We learned and had fun in the process. Mae Mae and PaPa even ended up being involved. They were coming over and we needed something to put on the end of our sticks to hit the keys with. We asked them to bring some bouncy balls to try out. Those didn't make enough sound so we decided we must have wooden beads. Of course Mae Mae and PaPa went to the store, bought the beads, and came right back. This gave us a working xylophone!

Denis already made another one because the other kids want one too. I said, "another toy? Really?" 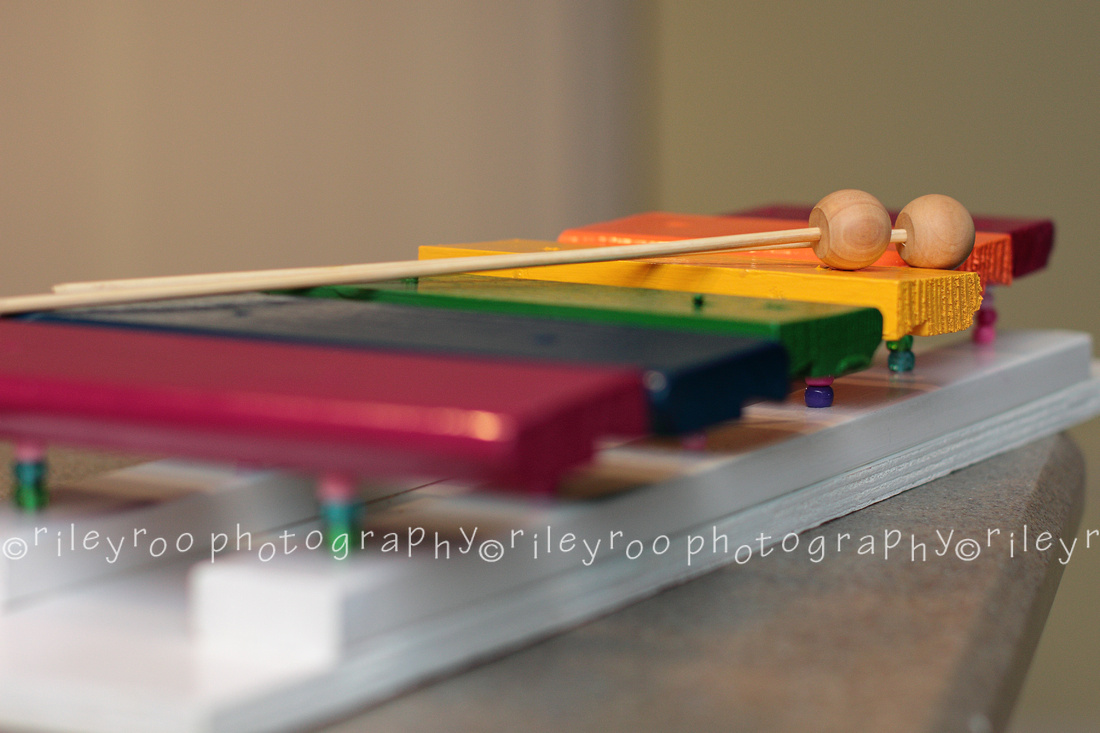 I had a moment to sit in a chair and watch the process. I had been taking pictures of each step to make my own flow map (pictured below). I took a breath and realized what a special moment this was. I know I've said it before, but my husband was born to be a dad. I switched the camera to video mode and got a quick clip. I am sad we were missing Charlie, but she wasn't home. If she would have been home she would have been right there in the midst with them.

Mommy's version of a flow map: 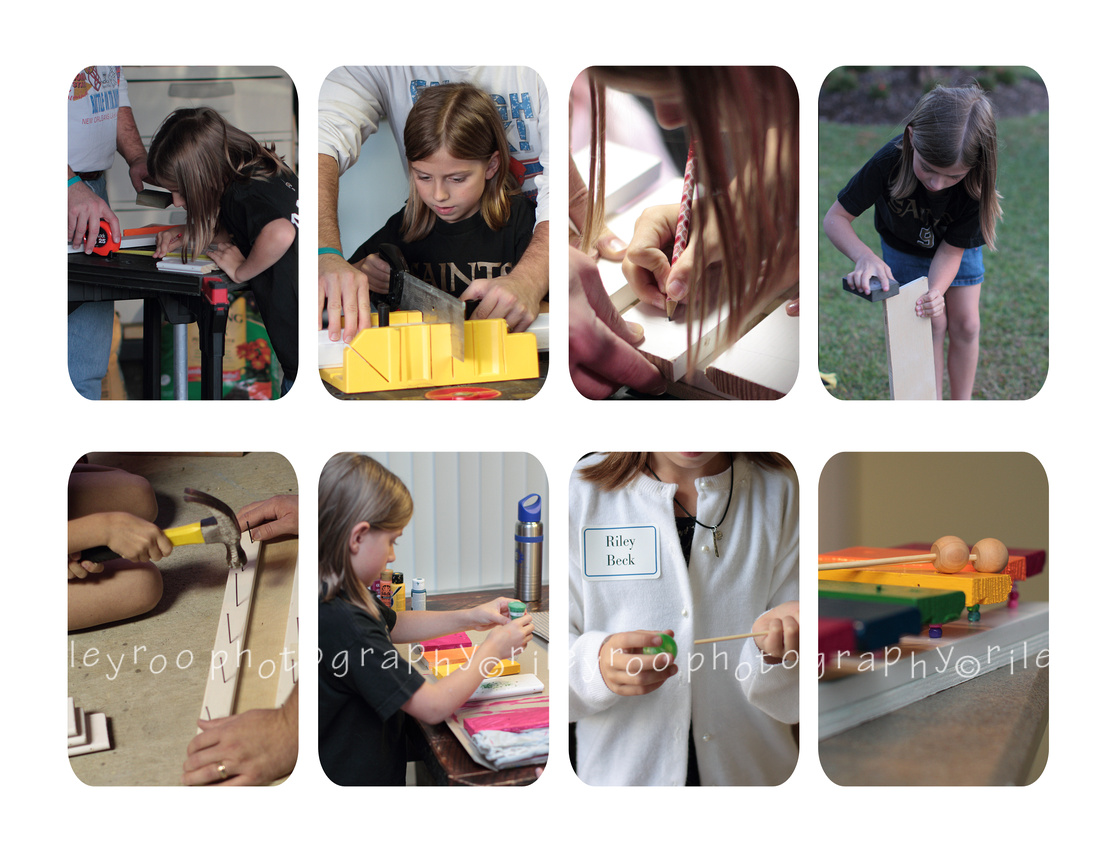 Riley's version of a flow map:

We made her do 2 rough drafts and a final of her paragraph. (That was the biggest fight of the whole thing.) She is an excellent writer, but was tired of working on the project. It was a lot to do. We also made her do a rough draft and final of her flow map. Denis and I both gave her our input on the final flow map. I told her that her name was very sloppy, she shouldn't have outlined the title of the page, or written over "First" or "Last." Denis told her pretty much the same thing plus the words she wrote in each square were sloppy. I honestly do not think her teacher will mark off, but she might. We just wanted her to be prepared for that. She chose to leave the final this way and we didn't fight her on it. If things are marked wrong she will learn her lesson. She worked hard, but we also know that she got lazy when she was tired of doing it.  We made sure to tell her how proud we are of her hard work though.

I do think we sometimes expect more than what she's capable of. She's our first, we aren't really sure if this work should be better for a second grader. I know there are children that will turn in much sloppier work, and some that will probably be better. I guess in this situation I have to leave it to the teacher to set the standard. 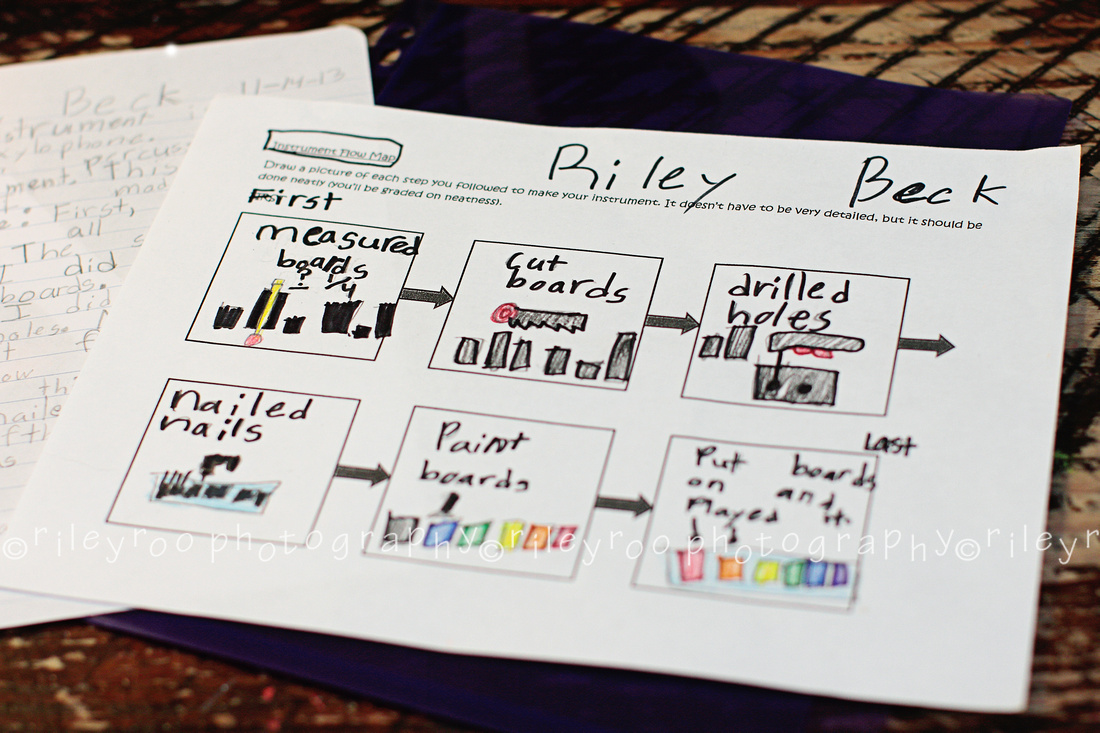 Here's the full project ready to turn in. We sent my flow map in with her project for proof that Riley actually made the xylophone. It came out great and we were worried her teacher would think she didn't do it. Overall I think she will end up with an A.